Are you aware of the modern ecommerce technology stacks? They are the combination of programming languages, tools and frameworks that the developers use to create an online store.

Simply put, in any web application, there will be two components called the front end and back end, which is commonly known as the client-side and server-side.

So, if you want to build an efficient ecommerce website, you must have the right choice of tech stacks in the development process. The tendency is to pick something easier to learn or maybe the newest that has better performance.

But which are the modern frameworks that enable the platform to be more scalable, flexible and highly available? In this article, you will get to know how and why frameworks like Angular and NodeJS are used to build a high performing ecommerce application.

The front end is what your audience sees when they visit your online store. If your storefront takes longer time to load, then your customers would leave immediately without making a purchase. So, your application's client-side interface is the most important factor as it decides the design and fast loading time of web pages.

Almost every web page is built using HTML (markup language) and CSS (stylesheet) to bring in a beautiful interface. Apart from these, nowadays, the functionality of the website is obtained using JavaScript (browser scripting language) frameworks like Angular and ReactJS.

Back-end technology is very complex since it involves lots of functionalities. The back-end of an ecommerce application is responsible for all the major activities like programming the business logic, server-side hosting, deployments, working and managing with databases, SEO settings, editing of website pages, etc.

If the back-end is not working probably and has errors, then the whole ecommerce website will not function as expected. The most popular programming languages that are used for the server-side include NodeJS, PHP, Python, etc.

Middleware functions as a hidden translation layer, which connects the front-end and back-end. It is responsible for communication between the database and data present on the website.

Express is a routing and middleware web framework that is used to develop the lightweight and fast REST APIs. REST APIs are the game changer that has become a common way to establish an interface between the web.

A few years back, the ecommerce website was mostly built using PHP. However, that scenario is changing these days with the popularity of NodeJS and Angular or ReactJS.

Here are some of the commonly used technology stacks for ecommerce applications.

LAMP was one of the earliest used tech stacks that is still popular amongst developers. It is made up of open-source software as follow: LAMP - Linux OS, Apache HTTP Server, MySQL (Database), PHP programming language.

The LAMP stack works seamlessly for both websites as well as web applications. It doesn’t demand a particular front-end technology so developers are free to choose any one that best suits their needs.

MEAN Stack (MongoDB, Express, Angular and NodeJS) is an open-source, free JavaScript stack that is used for building dynamic ecommerce marketplace. It makes easier for developers to code the application in JavaScript for both server-side and client-side.

MongoDB makes it simpler to send and receive data between client and server-side by saving data in a binary JSON format. Express assists developers in building software using JavaScript on the server-side. Angular reduces time to market by eliminating tons of code with the help of data binding and dependency injection. NodeJS offers a lightweight and efficient runtime environment.

MEAN Stack provides the best platform by enabling ease-of-use and allows developers to scale the ecommerce application for enterprise needs. Every part of MEAN stack is written in one programming language. It allows for unique server-side and client-side execution environments. It offers versatility in building fast, robust and easily maintainable web applications.

Sometimes, time-proven technologies may not be enough, because you need to get realistic and understand the pros and cons of each. A talented team of skilled and professional web developers will be able to choose the right tools for creating a scalable and highly functional ecommerce app that beats the competition.

Want to increase traffic? Implement these steps in your ecommerce website to improve the SEO quality of your site and to increase your traffic organically.

How to Sell Digital Products? 5 Best Product Ideas and Tips to Increase Your Sales

How to sell Clothes Online – A Practical Guide in 2020

Do you want to sell clothes online? Then read this guide to start a successful online clothing store that makes profit.

You are just a few steps away from your journey. We have made things easier with a well-crafted ebook guide. This free go-to guide uncovers the secrets to successfully launching a multi-store ecommerce business in six simple steps. Download it now! 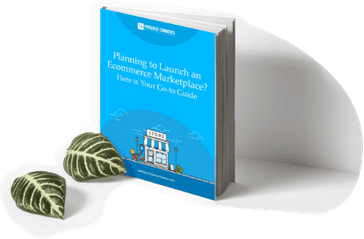